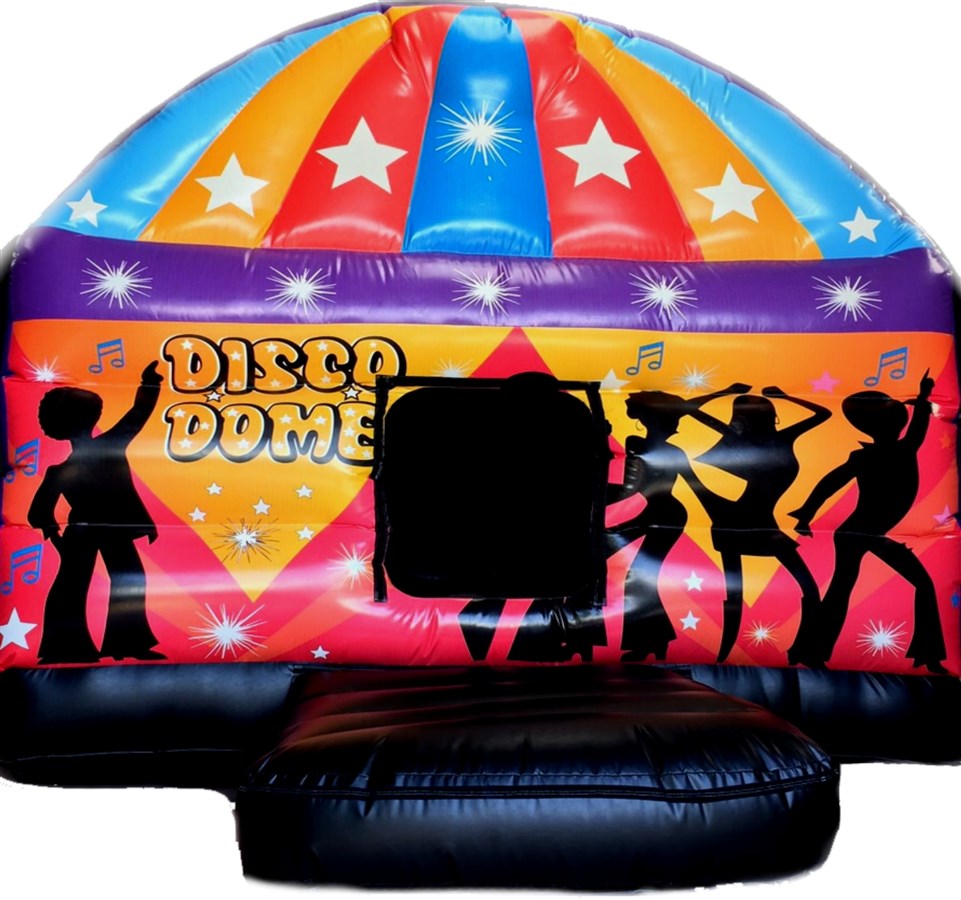 This is probably the best inflatable ever!

This is our amazing new inflatable Disco Dome. I have been asked many times over the past few years if I have a disco dome with flashing lights, and some disco music! Well now it’s finally possible and because this is so amazing A & R Bouncy Castle just had to have it in our hire fleet.

Disco Domes are hugely popular and this brilliant Disco Dome comes complete with its own flashing LED lights inside, and music played from the built in bluetooth speakers so you can play all your favourite music.

It is dark inside which really boosts the disco effect so you get a full disco with lights even during the day, combined with all the fun of a bouncy castle so you can bounce away in your very own inflatable fun-packed cool disco.

Note: This unit is NOT suitable for children with photosensitive conditions such as epilepsy.

The Disco Dome is supplied with:

•    LED disco light.
•    Bluetooth speakers
•    Bluetooth and line-in connectivity so you can connect more devices.
•    Passive radiator for extra bass.
•    Hear your music from up to 10 metres away.